Raised on a shaped rectangular base ornamented with ormolu beaded encadrement frieze and gilt-ormolu rosettes.

The period of Napoleonic rule lends its name to the late Neoclassical style that characterizes artistic creations of the era, including the Directory and Consulate periods. Napoleon I visited French textile, porcelain, and furniture workshops to encourage their increased production for the greater glory of France, and all of the arts served to promote his regime. Revolutionary conquests were echoed in the fine and decorative arts, in which figures of Fame and Victory abounded. Antique forms and ornament, already seen in the Louis XVI style, blended with Napoleon’s imperial symbols, which included the bee, the letter N surrounded by a laurel wreath, stars, the eagle, and exotic hieroglyphic motifs culled from the Egyptian campaign (May 1795–October 1799). Empress Joséphine was fond of swans; they decorate the chair arms, curtains, carpets, and porcelain in the state rooms of her home at Malmaison.

Courts across Europe adopted the Empire style, especially in Russia, where it became a staple. In Germany and Austria, it coexisted with the gentler Biedermeier associated with modest domestic interiors. Charles Percier (1764–1838) and Pierre François Léonard Fontaine (1762–1853) were the two most influential figures in the field of Empire decoration and furnishing. Official architects to the court of Napoleon, their main responsibility was the renovation of the various royal residences. Their Recueil des décorations intérieures (1812) was an essential handbook of the Empire style.

Egyptian elements and themes were imported and distributed principally by Baron Dominique-Vivant Denon (1747–1825), the archaeologist to the Middle East expedition. In 1802, he published Voyage dans la Basse et la Haute Égypte pendant les campagnes du Général Bonaparte, in which drawings and etchings of herms, palm leaves, mummified Egyptians, caryatids, and other exotica are copied directly from temples, funeral columns, and royal tombs. Later appointed director of the Central Museum of Arts (Louvre), Denon was instrumental in associating the future emperor with Egyptianized design in France, though Egyptomania already had became à la mode in the eighteenth century.

Neoclassical and Egyptian images enlivened Empire objects of every description, including wall decorations (27.191.2), silver, papiers peints (wallpaper) by Jean Zuber and Joseph Dufour, fabrics from Jouy and Lyon, Gobelins tapestries, Sèvres and Dagoty china, and furniture. Usually made of mahogany from Cuba and the Antilles (which replaced the variety of precious woods previously used), and fitted with brass and ormolu figurines drawn from myth and history, Empire furniture was largely austere and geometric. Goldsmith Pierre Philippe Thomire (1751–1843) drew recognition as a skilled maker of bronze mounts for such pieces. Henri Auguste (1759–1816), Jean-Baptiste-Claude Odiot (1763–1850), and Martin-Guillaume Biennais (1764–1843) (34.17.1a-c) crafted elegant services, nefs, jewels, and snuffboxes in precious metals for the emperor and empress, sometimes after Percier and Fontaine designs. (Met Museum) 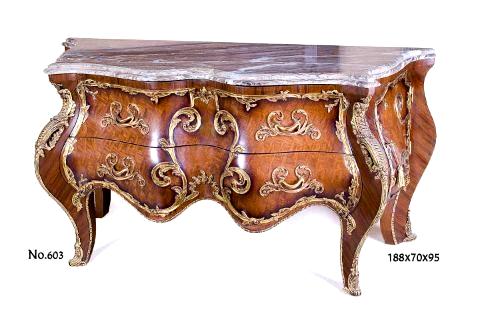 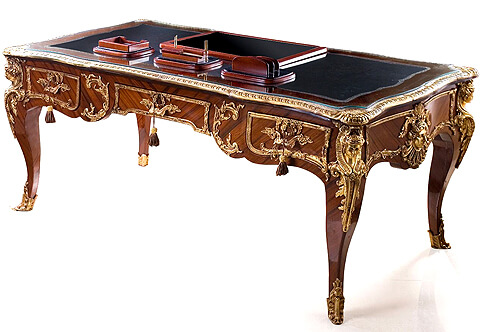 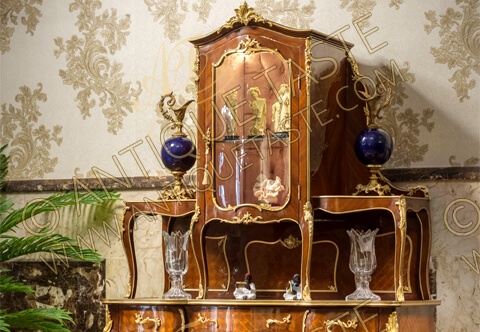 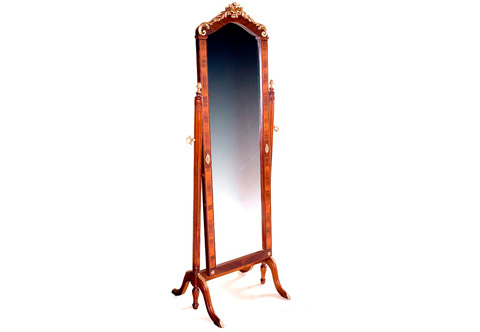 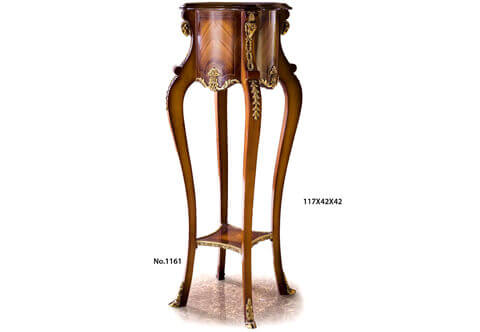 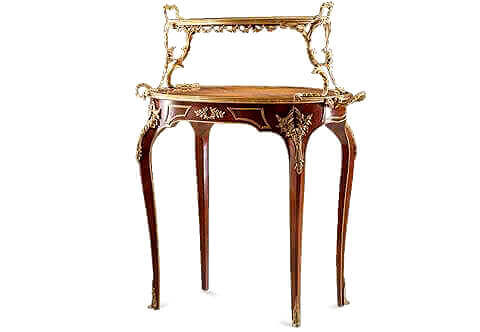 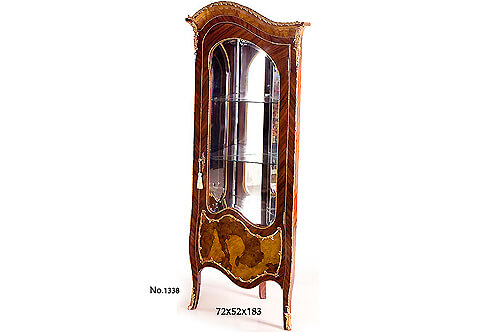 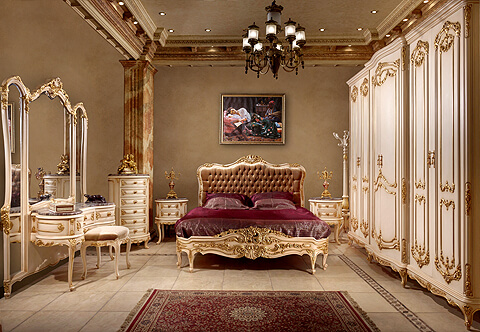 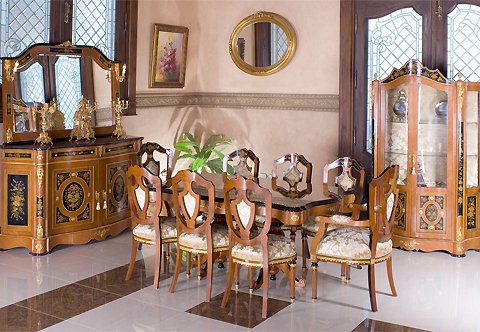