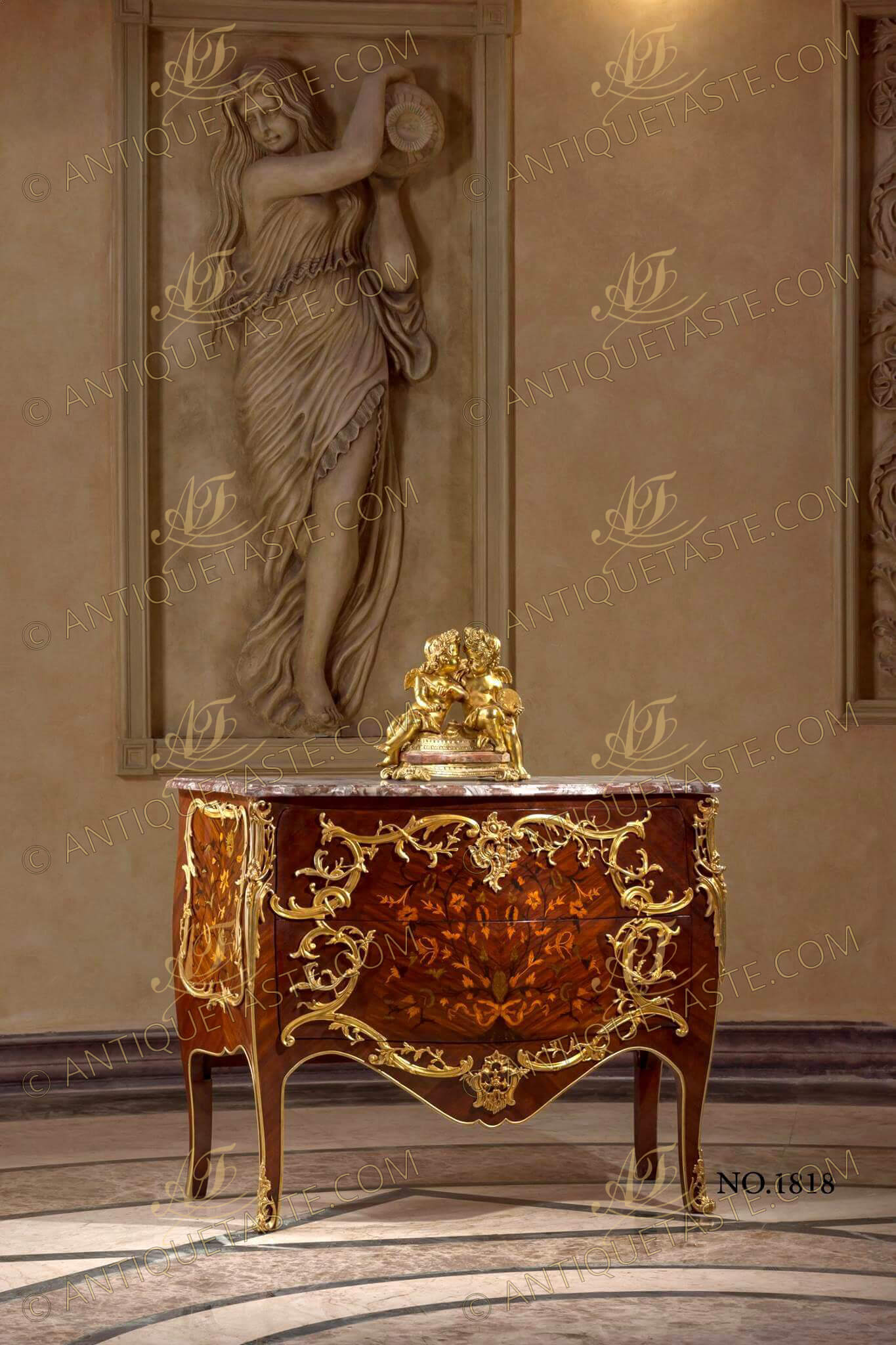 The commode is raised on slender cabriole legs with pierced ormolu sabots and fabulous large chutes that rise up to very impressive foliate scrolled pierced ormolu mounts at each side,

The two drawers inlaid with a central ribbon tied marquetry flower bouquet surrounded with a ravishing C scrolled foliate Rocaille and Rococo style frame crested with acanthus shell motif ormolu mount, the foliate handles ramified from the continuous frame, all above a scalloped bottom frieze decorated with sea shell and foliage on a waterfall amidst a continuing C scrolled foliate ormolu mounts. The frieze and legs are also trimmed with an ormolu filet. All below a serpentine shaped moulded eared marble top