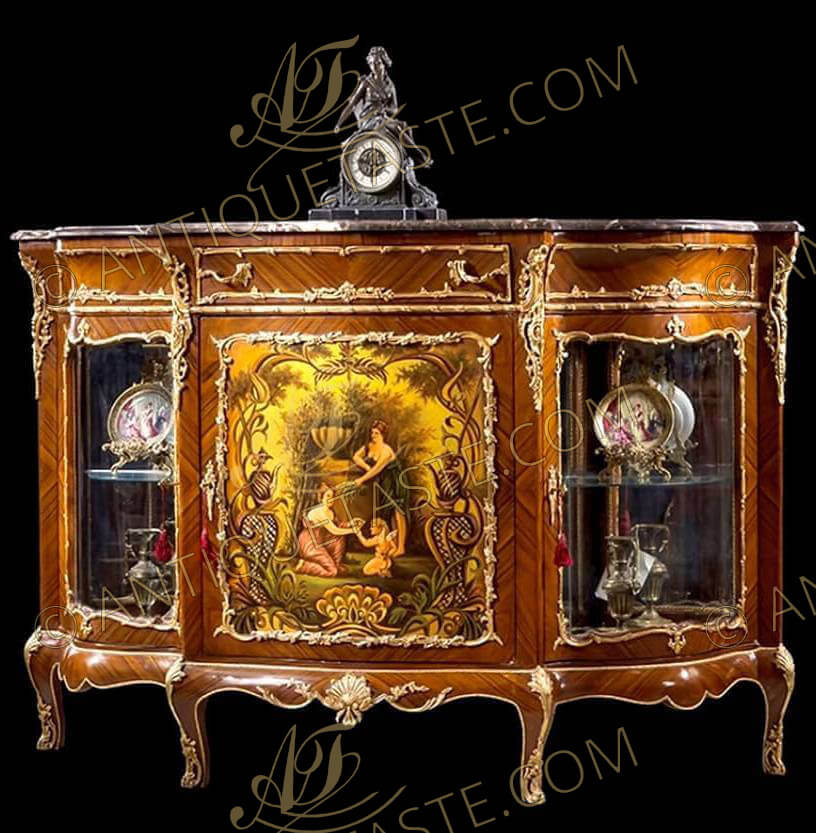 The serpentine shaped marble top above an ormolu mounted frieze drawer flanked by two faux drawers to each side surrounded with rich ormolu encadrement, above three cupboard doors. The right and left display doors are flanking the central door which is decorated with a fine painted cartouche with classically dressed nymphs giving water to cupid by a well surrounded with a fine foliate ormolu encadrement. The three doors with ormolu keyhole escutcheons.

The Vernis -Martin technique became popular again in the later years of the 19th century. Patented by Guillaume and Simon-Etienne Martin in 1748, it was developed to imitate Far Eastern, particularly Japanese, lacquerware. The process uses copal and amber varnishes which are layered onto the desired surface. The varnish is then polished with pumice powder and sealed with oil to create a smooth, glossy finish. Many 19th century painters added a craquelure to the varnish to imitate the original varnish of the Martin brothers as seen over 100 years earlier.