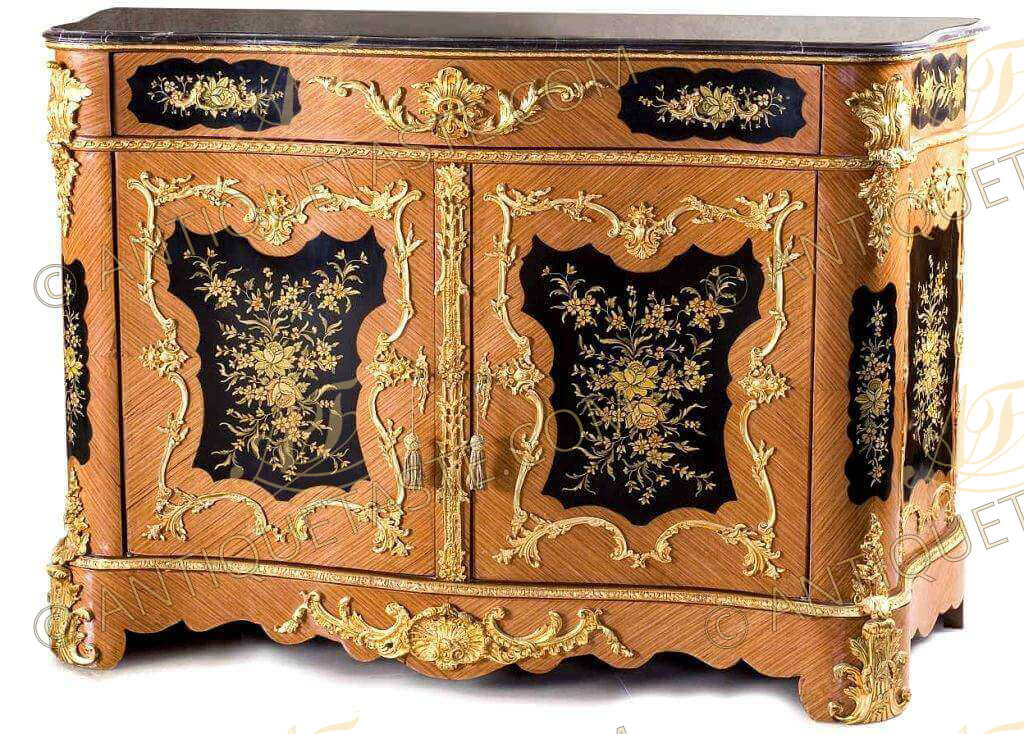 Enchanting Napoleon III and Rococo style ormolu-mounted veneer inlaid and hand painted side cabinet, after the model Circa 1860, surmounted by a serpentine stepped black marble top above a large frieze drawer with double ormolu bands centered by foliate acanthus mount with foliate scrolls, flanked to each side by a floral painted panel with ormolu foliate handle, above a pair of cupboard doors, each with ormolu keyhole escutcheon and centered by a black background cartouche with spring flowers within a C scrolled and foliate frame with cabuchon, the interior fitted with an adjustable shelf, separated with a very fine chiseled pierced strapwork, the sides each with conforming panels hand painted as well with flowers with a matching ormolu frame of the same work, the scalloped apron centered by a large central ormolu shell issuing C Rococo works, on built-in shaped feet with foliate clasps.﻿