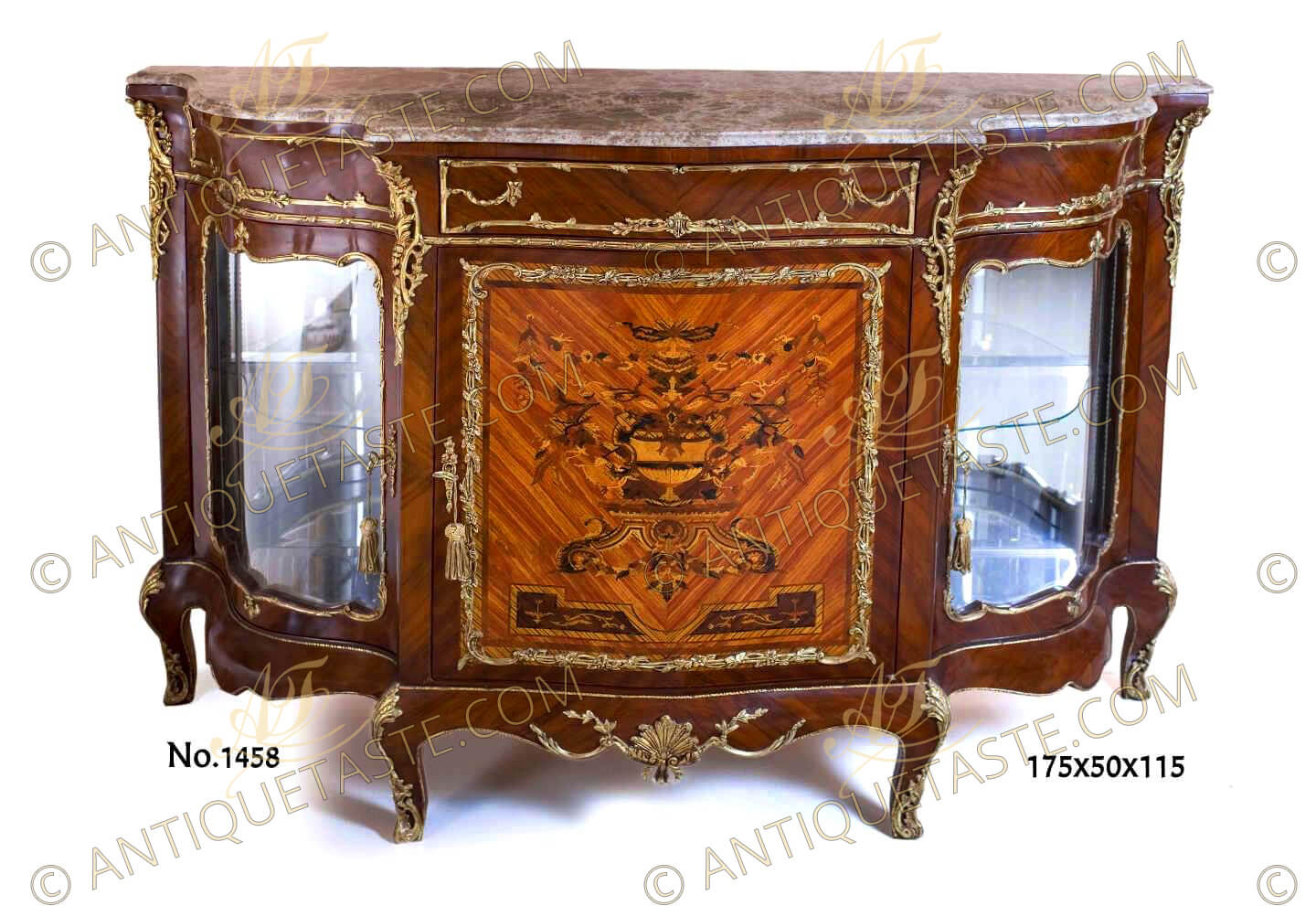 The marble top above a frieze drawer mounted with ormolu encadrement and flanked to each side by two faux drawers bordered with foliate ormolu separated by pierced ormolu acanthus chutes, all surmounting three cupboard doors,

Celebrated for the high quality of his production, Henri Picard supplied many important patrons, including garnitures and table pieces for the petits appartements of Emperor Napoléon III at the Louvre. An important pair of twelve-light candelabra by Picard remain in the Musée du Louvre today.(Mestdagh, Camille & Lécoules, Peter, L'Ameublement d'Art Français)