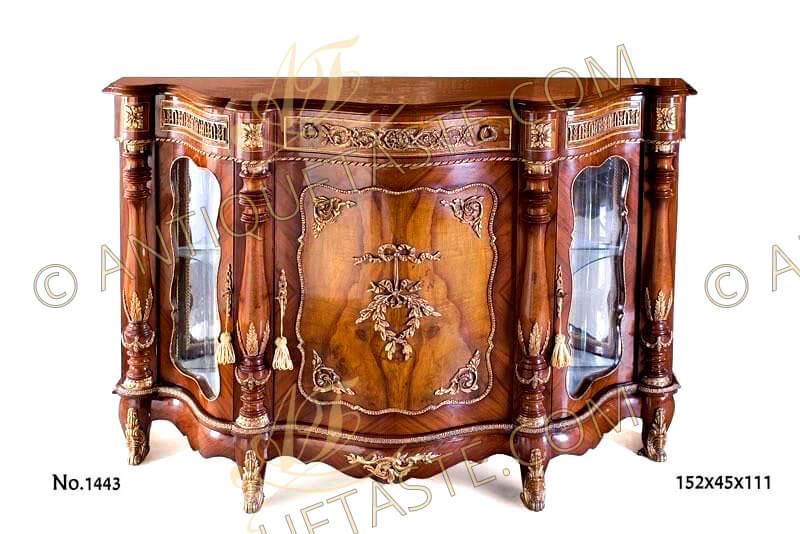 The veneered moulded top above a frieze with central drawer ormolu decorated with Rinceau Guilloche design and two lyre shaped handles, on each side a faux drawer ornate with Lead-and-dart ormolu design; the section has four circular block adorned with large ormolu rosettes, and each is above long Baluster with repeated Astragals on top and bottom ormolu-mounted with leaves on the belly and swaging garlands on the Torus; the Abacus and the plinth ormolu surrounded as well. Between the balusters to each side a display ormolu bordered glass door; The central balusters flanking a central sans traverse veneer inlaid door ornamented with beaded ormolu frame surrounding corner acanthus volutes around a central intricate and finely chiseled ormolu mount of knotted ribbons hanging a swaging foliate imbricated Laurus Nobilis,