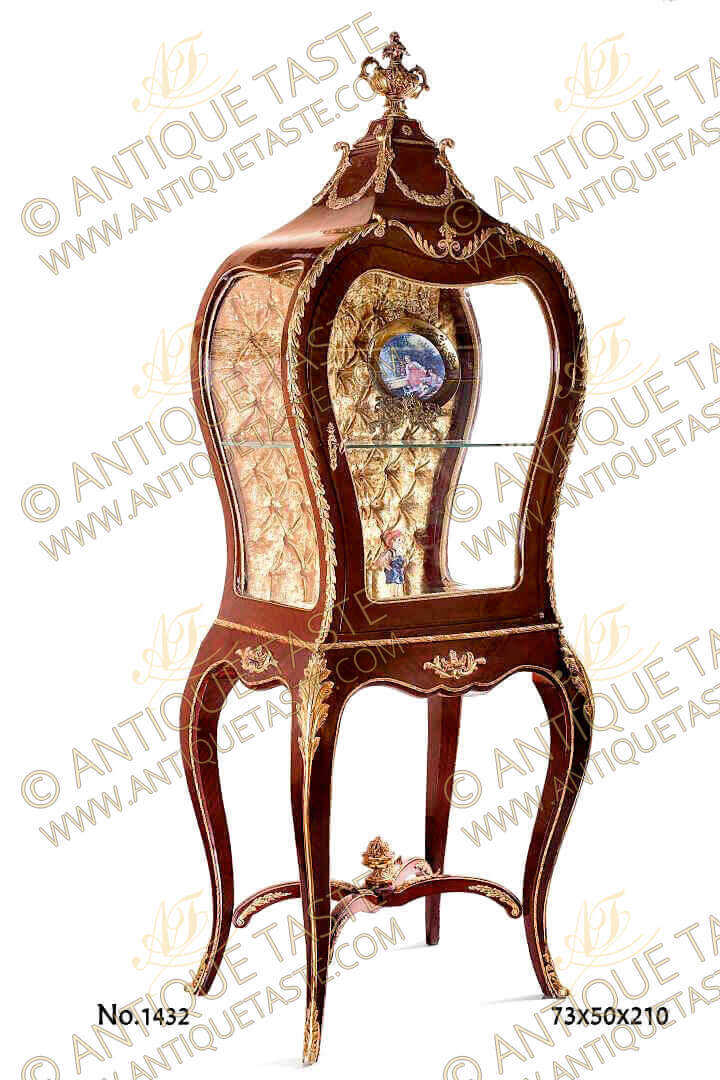 Elegance Touch To Your Corner

Our Reproduction of French ormolu mounted Serre-Bijoux after the model by François Linke and Léon Messagé, Circa 1904. Paris.

The domed top with scrolling acanthus and reeds to the angles and surmounted by an engraved ormolu urn, above shaped bombé glazed sides ornamented with ormolu laurel wreath, the front with a door, the capitone golden velvet-lined interior with one glass shelves, on shaped tapering legs alternately headed by ormolu acanthus leaves, joined by a scrolled X shaped stretcher surmounted by a flower filled urn, on scrolled foliate cast sabots.