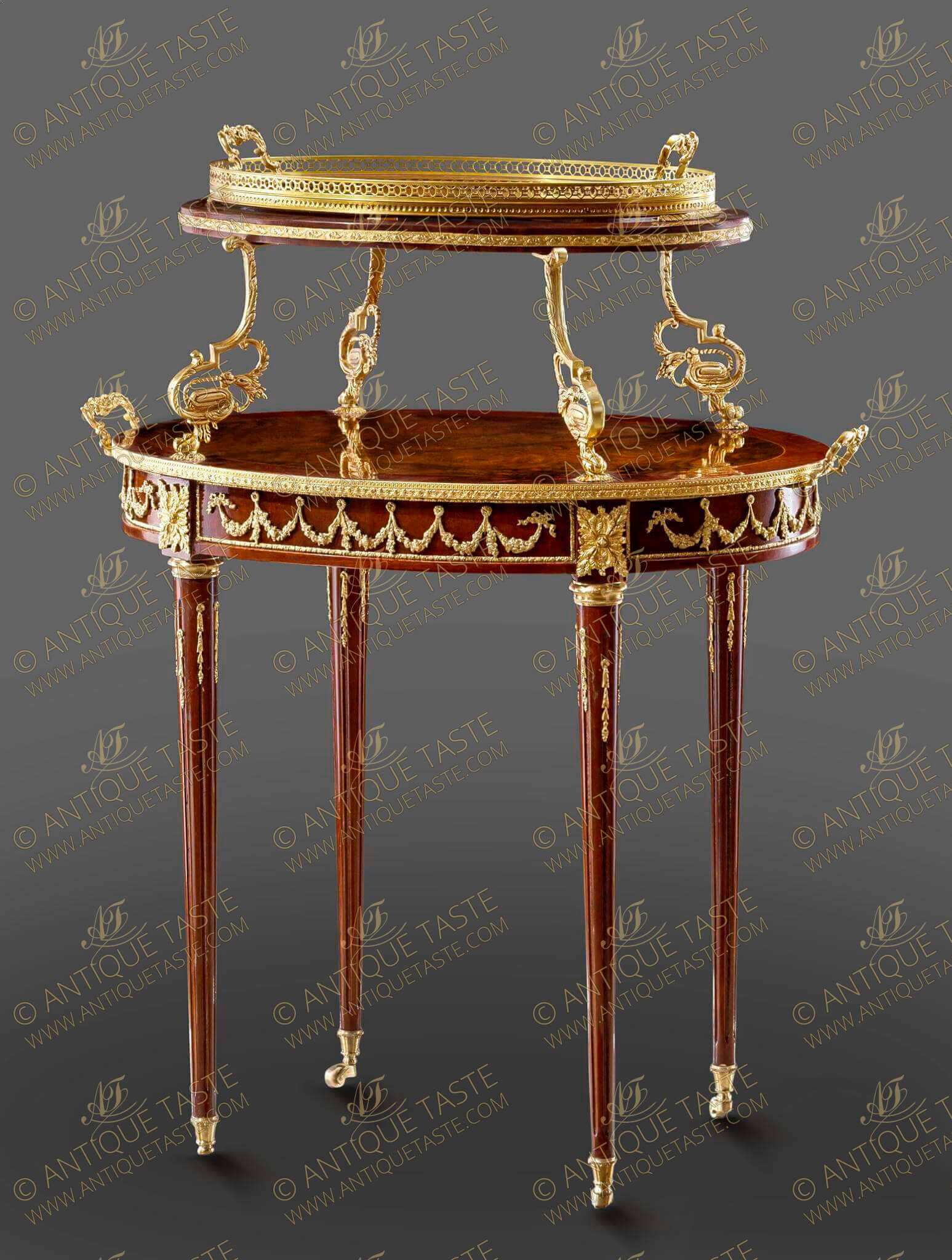 The oval upper tier surmounted by an ormolu framed removable wooden veneered tray held to each side by a scrolled berry hung vine and laurel garland support. The lower quarter veneered top with molded surround applied with scrolling garlands, on fluted supports adorned with floral ormolu chandelles, headed by rosettes and terminated by gilt-ormolu wheel sabots.